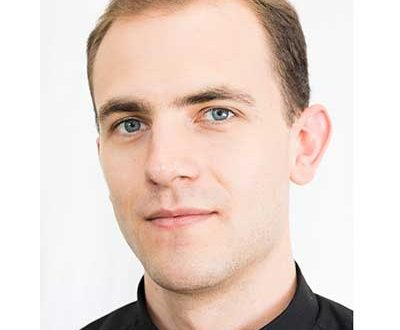 How real is God?

What drove me was an insatiable thirst for always more happiness, greatness, and love. I sought for these things in the places where a teenager suspects to find them. I did not know that I was looking for exactly that what had been offered to me since the day of my baptism.

“I am Gabriel” (Lk 1:19). I like to think that, with the Archangel being my patron saint, this important figure accompanies me as a sort of guardian angel. The Archangel Gabriel had the exceptional mission of announcing the Incarnation of the Son of God to the Blessed Virgin Mary (cf. Lk 1:26ff). He thus was the messenger of the core event of Christian faith: God became man in Jesus Christ, in order to walk among us, show us His love, and redeem us. Gabriel was witness to how the first person reacted to that tiding. He was the first one to bring the Good News to humanity, and the one to hear Mary’s groundbreaking fiat.

It is awe-inspiring to think that, from the moment when the priest called me by that name while baptizing me, Gabriel would become a witness of my life too. That baptism ceremony in the small church in central Germany thirty-one years ago was, as with every Christian, the true moment of vocation: the planting of a seed which is destined to become the wonderful growth of a person’s relationship with God. From then on, the question was whether a fiat would take shape in me too; whether I would want God to be in my life and would trust that He would lead me.

I learned to say it soon enough, of course: “Fiat,” “Amen,” “Alleluia.” And the words were more than empty shells. I remember how my mother taught us to pray each night before bedtime. Over my bed hung, in a large blue frame, Fra Angelico’s Annunciation. From his blue frame, the Archangel witnessed my – and my five siblings’ – child-like and honest prayers. The less child-like I became, the rarer these prayers. But when I prayed, I was always honest. Prayer has always been real for me. God has always been real. Whether I was blubbering out my juvenile worries, begging God to solve my problems, or slurring a heart-felt Our Father on my way home from a club: it was real.

More often than not, these real moments included a long list of things I was sorry for. Oh my poor angel who had to witness my average day in school and among my friends while growing up. What drove me was an insatiable thirst for always more happiness, greatness, and love. I sought for these things in the places where a teenager suspects to find them. I did not know that I was looking for exactly that which had been offered to me since the day of my baptism. Surprisingly, while I was roaming the planet in search of the ultimate kick, the little seed of my baptism kept growing and sprouted every time that, in a rare moment of prayer, a crack opened in the shell that had formed by all the parties, relationships, and superficiality.

Looking back, I therefore cannot help but imagine that the many frowns, which must have formed on my patron saint’s angelic face due to what he had to witness, were washed away by a smile more often than not. It must have been obvious to him that I was eventually going to realize how naively I was looking in the wrong places. So neither God nor the watchman in the blue frame gave up on me. Even though my deeds and desires could have shooed them away like bothersome pigeons, my guardian kept me from greater harm, and God would not hold back His many expressions of love and closeness.

Eventually, Heaven seemed to have had enough, though. My lifestyle more and more frequently was grazing things which could have become points of no return. It was an undeserved gift that I did not get lost along the road. The gift of being nudged in the right moments, and rescued when I did not heed these signs. The best example of this is an incident which shook me more than any other and woke me up from my trance of superficiality: a car accident. Considering the odds, my best friend and I probably should not have survived when, having lost control over the open-top Jeep at considerable speed, we darted through thick tree trunks into the open space, crashed down the forested slope, and spun over several times before the vehicle came to a halt inches before a vertical drop. The moments while I worked myself out of the wreckage, hugged my friend, and stammered a prayer – more real than ever – of thanksgiving are the perfect embodiment of the turn that my life took in the following months. I realized that life was a gift, that I had been driving it recklessly, but that God still wanted me to live and reach greater happiness.

I knew that I had to change things. Just as the occasional small cracks in my frantic life had allowed my vocation to sporadically sprout, the major opening for God that I now started to create in my daily life – regular prayer, Mass, leisure, and reflection – caused the tender plant to grow like exploding fireworks. The archangel saw me on my knees more frequently from his observation spot in the blue frame. And before long, the moment came which today I consider to be the critical point for my priestly vocation. I had come to the conclusion that God, good Father and almighty Creator that He is, only wanted me to be happy. I wanted that too, obviously. In His wisdom, He must know what makes me happiest. So one day, I prayed: “God, whatever it is that you want me to do, I will do. And I know that that will make me happier than everything else.” Once more, that prayer was real. A blank check written to God.

His answer was distinct and clear: “Leave everything else behind; follow me; find your greatest happiness and love in me.” I shook with emotion every time He repeated that invitation. Leaving all to gain more seemed easy, logical, desirable. So I did it. I took leaving stuff as literally as I could, giving away everything down to the last object that I possessed and went to the place which, in His providence, God had gestured me to try out first. From the moment when I first stepped into a Legionary house I knew – or better: I hoped – that this would be it. Thirteen years later, I am getting ready to be ordained a priest. Years of immense trials, sufferings, and scandals; but also of incredible enrichment, wonderful friendships, deep personal and institutional renewal, and, most importantly, years of a real love story with the One who created me, saved me, and called me to follow Him, to be with Him, to preach Him to the world.

This notion holds true for vocation. Sometimes it seems difficult to believe that a calling really stems from God. To believe in that may seem similarly naïve than believing in the message of an angel. Mary, for example, may have had reasons enough to doubt the authenticity of Gabriel’s tiding. The reason why she chose to believe was not her philosophical certainty about the nature of angels. Her focus was based on her faith in the reality of God. Once you grant God the capacity to theoretically take the initiative and communicate, call, and lead you, then it becomes far easier to believe that He really might have something to communicate to you, too, in this regard.

In this way, faith starts to be more and more of an experience on which to build real elements of our lives. As a foundation on which to build, faith is no longer just a verifiable array of theories, but something that must stand the test over the years as you build your life upon it. My faith in the reality of God, my trust that He can grant me supreme happiness, and my conscious decision to follow Him in love, have been my life’s foundation for many years now. I stand firm, and I stand deeply happy. This is real; this is my testimony; this is what I want to give witness for. How real is God? Real enough to reach into your life, to enrich and embellish, to renew and fulfill it. God is so real that He can call you and make you happy.

Gabriel von Wendt was born in Göttingen, Germany, on June 12, 1987. He grew up as the fifth of six children in a loving family with all the types of character you could imagine. In endless conversations at the table and daily adventures in their playground-like home, his parents and siblings taught him more than he could ever hope to find in books. Growing up, he enjoyed sports, hunting, and traveling with friends. At the age of 16, he spent one rather unconventional year in Mexico as an exchange student. When he was close to graduating, he met a Legionary of Christ at the World Youth Day in Cologne – providentially, as he thought, for he had just commenced to seriously consider the priestly vocation. When, one year later, he first told his friends that he may become a hermit in the desert and, a little while later, that he was now going to join the Novitiate of the Legionaries to become some sort of monk, most would refuse to believe him. It is suspected that they were convinced eventually, however, when Gabriel disappeared for twelve years and then, most recently, an invitation to his priestly ordination started to circulate. During his formation he graduated in philosophy and theology, and worked for three years as formation assistant at the Legion’s Novitiate in Germany. He was ordained a Deacon on April 21, 2018, in Cologne, Germany. Currently, he works on his Ph.D. in philosophical anthropology and as an assistant professor at the Pontifical Athenaeum Regina Apostolorum.